The Ghana National PolioPlus Committee of the Rotary International has entered into a partnership agreement with the One Million Community Health Workers (1mCHW) Campaign of Millennium Promise (MPA) to embark on a nationwide polio vaccination exercise.

The two, on Monday, September 17, 2018, signed a Memorandum of Understanding (MoU) to that effect.

The deal will see the duo commit to the numerous activities they have agreed upon to end the dreaded polio disease from the West African country.

Per the dictates of the MoU, 1mCHWs Campaign of MPA and the Ghana National PolioPlus Committee of Rotary International will leverage on their respective strengths to improve routine immunization in Ghana in the month of October 2018.

The partnership builds on a similar collaboration in October 2017.

Immunization against preventable diseases such as neonatal tetanus, polio, measles, pneumonia and diarrhoea have contributed to reduced under-five mortality in Ghana as preventable deaths have been averted.

For example, since 2003, no child has died from measles in Ghana and the country has officially not recorded a polio case since 2008. 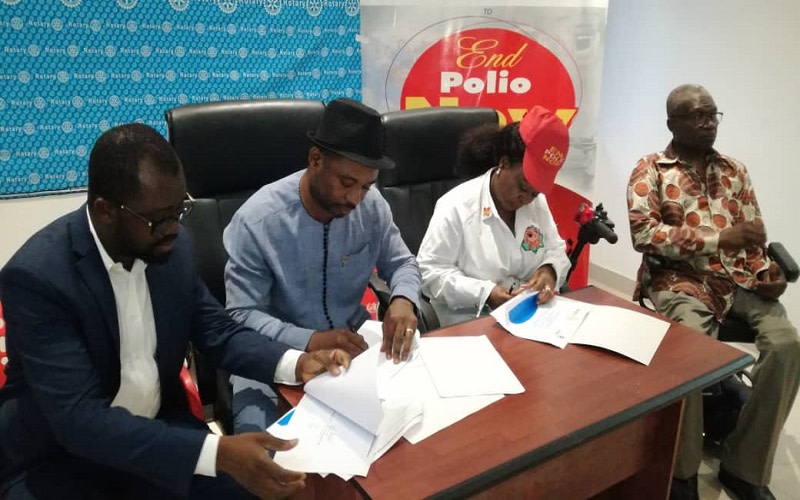 The CHWs electronically register households, follow-up on pregnant women and children under five years, provide alerts on defaulters of immunization and antenatal visits for improved health. They (CHWs) are therefore a great resource to conduct disease surveillance, trace defaulters, and detect emerging or resurging diseases before they reach alarming proportions.

The CHWs also have an added advantage as they operate directly under the Ghana Health Service structure – the Community-based Health Planning and Services (CHPS) system.

So far, the CHWs module has proven to be the best ever module run by the Youth Employment Agency (YEA) with an excellent exit strategy that has seen several numbers of young men and women gain admission into professional nursing training institutions.

The exit strategy was developed in partnership with MPA and its stakeholders.

As part of the collaboration, MPA will undertake Social Mobilization and Routine Immunization Campaigns by working with key healthcare stakeholders such as chiefs and opinion leaders, religious leaders, community health management committees (CHMCs), school management committees (SMCs) as entry points to educate community members on the benefits of routine immunization.

During the immunization week, the CHWs will embark on home visits to educate households especially parents/guardians of children under 5years to garner full participation in the immunization exercise. 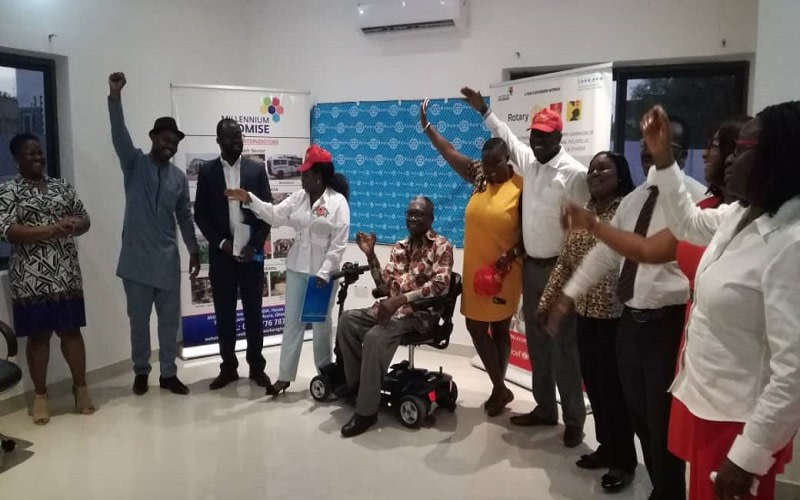 Chief Nat Ebo Nsarko, the Country Director of Millennium Promise Alliance commenting on the partnership deal, stated that his outfit will train and equip the frontline health workers with custom built, GPS– enabled smart phones and tablets to electronically register children under 5 in the respective households including GPS location and immunization status.

“The eHealth tools will help deploy a targeted response that better identifies and reaches populations and locations with high numbers of children who are typically left out of immunization. The eHealth application guides immunisation, defaulter tracing and tracking, as well as real-time data flow for prompt decision making.  This will promote efficient use of resources for maximum impact”, he noted.

The project, he added, will target some communities in all the ten regions across the country.

The Chair of the Ghana National PolioPlus Committee, Madam Theresa Osei Tutu also commenting on the partnership deal stated that Rotary Clubs across the country will be engaged to lead the exercises in the target localities.

Celebrating 10 Years of a Polio-Free Ghana
Scroll to top